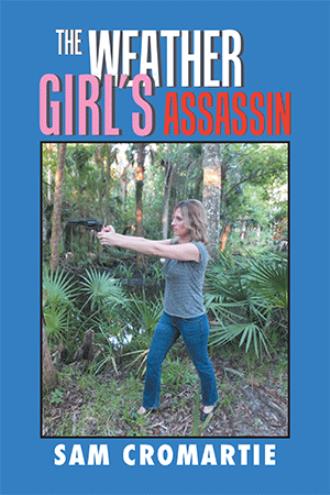 PROLOGUE Vicky ignored the early-morning sunlight that filtered through the blinds over the bedroom window. Kyle slept with a leg draped over her thigh and with her breast cupped in his hand. She wanted the moment to last. The night had been the best of her life. Cool air filled the room, but beneath the sheets, she felt warm, nestled against his body. She forced her eyes open and tapped her iWatch. Seven thirty. She was late for work again. Kyle rolled onto his back. She lay still, taking in the sight of him and wishing she could relive the past twenty-four hours over and over again, as in that movie with Bill Murray, except she would not change a thing. It’s not like I’m a doctor or a soldier or even a policeman. Nobody is going to die if I just lie here awhile. The room smelled of the roses he had brought. They bloomed in a vase beside the bed. She didn’t want to go to work. She wanted to spend the day with Kyle. She lifted her hand and gazed at the diamond ring he had given her at dinner yesterday. It was beautiful, and she smiled, remembering how he sank to one knee before the waiter had a chance to bring her hot lava cake. She touched his long, out-of-control, brown hair and traced her fingers along his chest and belly. When they found their destination, his eyes flew open. She smiled and displayed her ring. “You can’t deny me any longer.” He laughed. “As if that would ever happen.” Later, in the shower, Vicky wrapped her arms around his neck and whispered. “I don’t want this weekend to end. Let’s call in sick.” She knew it wasn’t going to happen. Right out of law school, Kyle had landed a job for the most prestigious law firm in the District of Columbia. His future depended upon putting in at least eighty hours a week, never missing a day no matter how ill he was, and never ever coming in late. He was already thirty minutes behind schedule. He shook his head. “You know I can’t.” She nibbled at his ear. “We could have a picnic at Great Falls and come back here for a little hanky-panky.” He kissed her and looked as if he might change his mind but said, “If there were a way, I’d lock myself in this room with you and never come out.” She kissed him back. “The door is locked. Let’s spend the day right here.” He stepped out of the shower and reached for a towel. “I just got engaged. I can’t afford to lose my job.” Disappointed, Vicky turned off the water. She had not been honest with him. He deserved to know the truth, and she had hoped to spend the morning correcting that mistake. “If you put it that way, I guess I’ll go in to work too, but please try to leave early. I have a surprise.” “What?” “I’ll tell you tonight.” Vicky walked from her apartment to the Metro, hand in hand with Kyle. They stepped onto the subway car that would take him to his office and her to her job at the National Gallery of Art. Commuters filled all the seats. Vicky knew better than to expect one of the men to relinquish his place. That kind of chivalry had died before she was born, but she didn’t care. She held to Kyle and counted her blessings. She loved him and he loved her. She would tell him everything tonight. The train jerked forward. She tripped over someone’s foot and would have fallen if not for Kyle’s firm grip on her arm. The foot belonged to a man with Middle-Eastern features. He clutched his briefcase to his chest and responded to her apology with a curt nod. Kyle stared at him but said nothing. The man tightened his grasp on the briefcase and looked back and forth in every direction except toward Kyle. After several minutes, the train stopped. Kyle kissed Vicky. “I’ll try to get off early.” She squeezed his hand and whispered, “I love you.” “Me too.” He stepped off the car onto the platform. Vicky wanted to go with him. She wanted to take him somewhere that they could be alone. She wanted to start their honeymoon early. The dark-skinned man stood and, for the first time, smiled at her. Something about his appearance bothered her, but she returned his smile and took his empty seat as he moved toward the closing doors. They slammed against him, bounced open, and then shut as he disappeared into the crowd, his cellphone in his hand. She berated herself for profiling until her foot bumped against the briefcase that he had left under the seat. Oh god! She jumped to her feet and banged on the exit. Through the glass, she could see Kyle as he looked from the man back to her. He dove for the doors and tried to pull them open, but the car jerked forward, breaking his grip. Then a bright flash and an ear-piercing sound ended it all.

When an accident bumps weather girl Catilyn Duprey into the prime-time news anchor role at WQOT TV in Daytona Beach, Florida, she covers accusations that the US senator from Florida committed sex crimes. Instead of following the teleprompter, she defends the senator and suggests that someone high in the government may have framed him. Within days, she becomes the subject of investigations by multiple federal agencies and soon must face an assassin intent on killing her. FBI special agent Kyle Murphy lives for one purpose—to capture the terrorist who murdered his fiancée. When his special agent in charge tells him that Caitlyn was the man’s girlfriend and that she may have helped with the killing, he relishes his new assignment. Then he meets Catilyn and discovers that the charges against her are bogus. Together, they take on both the terrorist and powerful figures in the government who framed the senator and weaponized federal agencies to silence Catilyn.

Sam Cromartie M.D. is a graduate of the University of North Carolina and a veteran of the Vietnam War. He served as a thoracic and cardiovascular surgeon on the faculty at Indiana University School of Medicine and as chief of thoracic and cardiovascular surgery at Halifax Medical Center in Daytona Beach, Florida. He has published numerous articles in medical journals and is co-author with Richard J. Duma M.D., Ph.D. of High-Tech Terror: Recognition, Management, and Prevention of Biological, Chemical, and Nuclear Injuries Secondary to Acts of Terrorism (Charles C Thomas, Publisher). He has published three historical novels and three thrillers prior to this political thriller. He lives on an island off the coast of Florida. For detailed information, check his webpage at www.samcromartie.com.