The Return to the Temple, Book Two 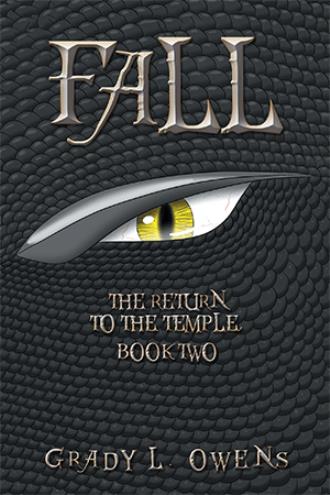 Everything was pain. Angelo tried opening his eyes, lids immediately slamming back down. His eyes hurt. He tried lifting his head, reaching up under his pillow and pulling the padded headrest around his pointed ears. His ears hurt. He tried rolling over onto his side—facing away from the window—to kick his feet off the side of the bed in a feeble, half-hearted attempt to get out of bed. His very muscles ached. A groan escaped his lips, and regret filled him. Even his lungs burned. He felt like he’d ingested literal fire. The half-elf carefully, oh-so-carefully pulled the veil of his eyelids back once more, squinting through half-focused pupils at the nightstand. He said a silent prayer of thanks—he’d had enough presence of mind the night before to leave a decanter in arm’s reach. 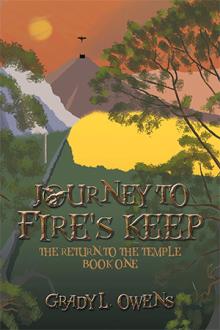 Barely fleeing with their lives from their showdown with Asmodeious that resulted in a literal volcanic eruption, Angelo and Justin try to piece together the shattered remains of their lives. Blamed for the eruption himself, the newest inductee to the Revered, Diablo, finds himself at the bottom of the pecking order. But when Asmodeious discovers his apprentice’s little secret, he devises a diabolical plot to destroy his new social network, unintentionally implicating Justin and Angelo in the process. With the world falling down around them and new mysteries revealing themselves left and right, will the two makeshift friends be able to clear their names and put an end to the dragon’s reign of terror?

Grady Lee Owens lives outside Cloudcroft, New Mexico, with his pet cats. Born and raised in Cincinnati, Ohio, he has attended New Mexico Tech off and on for several years in the study of astrophysics, mathematics, and optical engineering. Unintentionally following in personal hero Powel Crosley Jr.’s footsteps of self-attributed “fifty jobs in fifty years,” he has worked in warehouse organization, seismology data collecting, prototyping and analytical laboratories, pizza design and construction, computer systems maintenance, and optical astronomy, to name a few things in his quest for knowledge.