The Return to the Temple, Book One 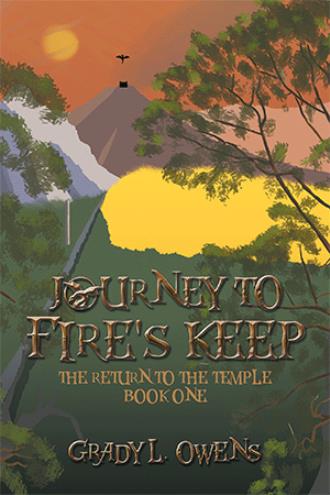 The mountain range jutting against the sky to the east was omnipresent; everywhere in the known world, their profile was visible. It was for this reason they were never given a proper name; if someone were to mention "the mountains", everyone listening in would know exactly what mountains were being referred to. They were a formidable barrier, to be sure; however, it was just that challenge that pushed mankind to explore them. Passes were designated early in the history of civilization, and indeed even a few cities sprang up amongst the jagged peaks, clinging to the very rock like a lichen, every bit as sensitive. Those who resided in this forced near-solitude referred to themselves as Grecians, and were known as one of the most peaceful groups of people ever to have lived. One mountain, however, was avoided by most. Steeper than other peaks was this rise, its top a bellowing crater of brimstone - it was dubbed Fire Mountain by those who first encountered it. A volcano of monstrous proportions, it nestled near the Amber Forest on the very western edge of the range, spewing clouds of ash and soot. Until the invention of the airplane, those who strayed near Fire Mountain willingly were deemed insane and assumed dead upon set-out; such events were even treated as funerals to assist those who would indeed be grieving the loss of their loved ones. The first pilots to cross the mountains near this ominous peak, upon returning regaled stories in local taverns about a wholly unbelievable sight - a castle, perched upon the very rim of the caldera. Walls of purest satin black, it appeared as though the rock would not even reflect light; the structure towered over the steep slope to the west of the volcano, easily taller than most buildings anyone had ever seen. A spire rose from each of the castle's four corners, the pillars of stone seeming to rise from out of the ground as though from the center of the Earth, so sturdy was their foundation upon this hellhole of a mountain. Those who believed these tales bestowed the title of Feuerschloss to the legendary keep. It was to this intimidating abode Asmodeious returned, a smile of pleased malevolence on his face and an item of immense concern in his grasp. --- It took them a while of walking down several side streets, but they eventually came across a building that stood out; it held a slightly different shade of green than the others. A sign over the door read "John’s Shoppe." "This is it," said Stephen with a flourish of his hand, motioning towards the door. "My brother owns the place." They entered quietly, slightly nervous about entering a store in a different city. True, it was supposedly owned by his brother, but how was Stephen to know what kind of company his brother kept? The main room was tiny, comprised of a small standing and browsing area for the customers, a thick oaken countertop, a place for the shopkeeper to stand, and a few shelves that held assorted wares on display; indeed, in all appearances, it was just an ordinary shop. A door in the center of the back wall led to a back room where the inventory was likely stored. Behind the counter stood a man remarkably similar to Stephen, though the two could only see the back of his head; he was facing the back wall, putting what seemed to be some new item arrivals on the shelves. Upon hearing the door open, he stopped what he was doing and turned around. "Hello, welcome to John’s Shoppe. How may I help you?" Upon brief inspection of his new customers, one was recognized. "Steve?" Stephen nodded and smiled warmly. "Yes, John, it’s me!" John hadn’t seen or spoken with his brother in years, not due to any sort of disagreement; rather, it was blamed on the distance between their two towns. This was a big deal for the older shopkeeper. He raised his arms in greeting. "Steve! How’ve you been? Long time, no see!" "I’ve been better," Stephen replied honestly, averting eye contact for a brief instant before returning it. "How are you?" John noticed the strange action but didn’t comment. "Great! Business isn’t fantastic right now, but I get a few regulars who fancy themselves adventurers. What brings you here?" Stephen shrugged. "Why else does one walk into a store? We need supplies." This confused John slightly. "Well, thanks for the loving reunion scene. Why not get supplies at Springsboro?" Stephen could have won an award for the way he restrained himself from breaking down, his face a perfect wall of stoicism. Angelo's facade had no difficulty cracking, however. "Well, see, that's the reason we're here..." Stephen began. In spite of his magnificent performance, he was having a bit of difficulty stating their purpose; he knew, however, that his brother had to know of the terrible atrocity that had befallen his hometown. "John, there’s nothing left of Springsboro. It was burned to the ground." The brother raised an eyebrow. "Burned to the ground? What do you mean?" 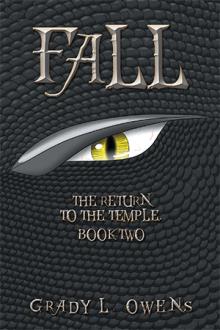 Their hometown scorched to the earth, a self-doubting young man and his naïve, childish half-elf friend depart on a quest to find closure by determining the source of the mysterious blaze. Up against a megalomaniacal sorcerer and his headstrong apprentice, their exploits draw the ire of the magical organization that seeks to keep the world's forces in balance. In a world where magic is practiced like a science, they must face their demons head-on in a world they barely understand, or risk losing everything to their enemies' twisted plot.

Grady Lee Owens lives outside Cloudcroft, New Mexico, with his pet cats. Born and raised in Cincinnati, Ohio, he has attended New Mexico Tech off and on for several years in the study of astrophysics, mathematics, and optical engineering. Unintentionally following in personal hero Powel Crosley, Jr's footsteps of self-attributed "50 jobs in 50 years", he has worked in warehouse organization, seismology data collecting, prototyping and analytical laboratories, pizza design and construction, computer systems maintenance, and optical astronomy, to name a few things, in his quest for knowledge.