Volume 1: A Glimpse Into The Early History Of The Gammaldi Family 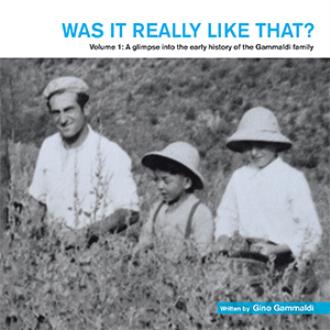 For a five year old child, it wasn't easy to understand any of the reasons for a seemingly happy family, steeped in the ancient culture and traditions of the small Italian village of Controne, to want to uproot all they had known and move to another country. Life in that southern Italian village was simple and, in many ways, idyllic from a child's perspective. To see parents, brothers, and sisters make such an enormous and unexpected decision was beyond comprehension. There was talk of leaving behind a war torn village for the prospect of a new and better life in a country that had not known such devastation, a country that was in its prime and just begging for the influx of people from other lands that could help build its infrastructure and grow a population that had its origins in convict settlement. I didn't know it then, but Australia only sought migrants with Anglo-Saxon and European backgrounds. So, there was clear racial discrimination. Even so, being from a European background didn't guarantee an easy road ahead, as tolerance for us was at its lowest ebb, right through the 1950's, 60's, and even the 70's. I can remember when I was a kid, soaking in every ounce of light hitting my eyes, just wondering as to what it all meant. Since then, I don't think I have ever stopped trying to reincarnate my youth in some way. I don't claim to be special. But, I've been widening an internal fire for as long as I can remember; I've never stopped looking for what I'm after, not even for a moment. Sometimes I don't even know what I'm seeking to find. I believe I inherited this trait from my mother and, to an extent, from my oldest brother. Nothing will ever stop me seeking, learning, questioning. But, apart from the unavoidable fear of the unknown and the uncertainty that the elders in the family were surely experiencing, there was also a clear anticipation of the many prospects that lay ahead, and it seemed this became even more important than the knowledge of what was going to be lost, perhaps forever. Travel for any peasant family, was restricted to walking, riding a donkey, or an ox and generally confined to movement in close proximity to the village where a handful of sheep would be allowed to pasture under the watchful eye of a big brother or where small orchards and olive groves were cultivated, mainly as subsistence farming. It was truly living at its simplest form. Everyone in the village was either related or a friend. The prospect of travelling from one country to another was doubtlessly very daunting for everyone. Spending one month at sea on a converted war ship that was ill-equipped for civilian passengers would not have been ideal. It meant that seven people had to occupy a cabin space that was barely suitable for two people, and our parents had to keep vigilant eyes on the movements of us children as we roamed the unfamiliar decks and met with strangers. Though, these strangers were people, just like us, who also had packed their meagre belongings to face what was probably the biggest gamble of their lives. The intention of any family wishing to migrate in those days, in many ways, was a very commendable one. But, some might say a little misguided. I think my family did make the right decision, and although they knew they would be facing somewhat insurmountable odds, their dedication to their children and the prospect of establishing a better future gave them the courage and the inspiration to forge ahead and allow fate to play its hand. I look back at those early beginnings and consider what my parents, especially my mother, must have felt as they embarked on a journey, which could only be described as perilous with uncertain outcomes. People, like them, were the true pioneers who helped to build this country of Australia by sheer hard work, grit, honour, and good values. Looking back now, I can still picture aspects of that long journey to Australia; how we sailed aboard that `rickety' ship that seemed to take forever to reach our destination. I'm sure it would have seemed that way to my parents, who had to keep the likes of me in check. But, more importantly, monitor the movements of my older sisters (Margherita and Fiorella), who seemed to appreciate the glances of the single men on board. My mother would often tell me of her feelings, of her sadness and separations, and of her great hope for a better life and how the excitement of their journey towards a new life far outweighed any fears of the enormous challenges awaiting them. Gaining acceptance in a foreign country, which practised beliefs and cultures different from their own would have been a big concern. Perhaps, they could muster the courage required to overcome this very important barrier, but what about the family? Did they have the same level of conviction? Would adapting be easy for them? But, the tantalising promise of great opportunities was too overwhelming to ignore, regardless of the possible obstacles. I think they gladly faced the unknown to find a new way of life, not necessarily for themselves, but for their children. They had no formal schooling; it was I who taught mum to sign her name years later. But, both Mum and Dad had been schooled early in life by their own parents in what was required to make a living off the land. Theirs were the timeless farming traditions. My parents and older siblings each must have experienced their own crucible in those early years, but, there is one thing I do remember about our early days in Australia which is quite strange, and I don't really know how we did this - we never went hungry, but I never remember having anything - a graphic and stark recollection of my childhood years. 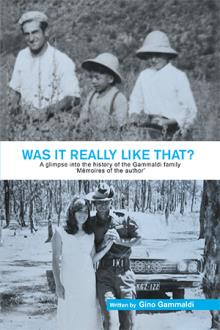 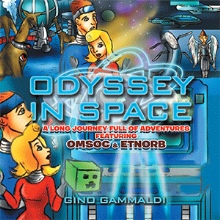 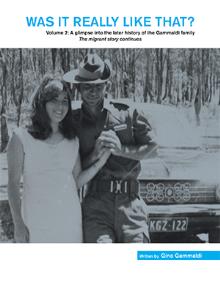 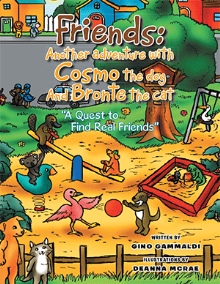 Gino Gammaldi has a clear memory of the early beginnings of his family who migrated from Italy to Australia in the mid 1950s and has tried to portray those memories in this book in a manner that is sure to engage everyone’s interest. Much of the earlier parts of this book are written through the eyes of a child, growing up among everything that should probably relate only to those who are adult enough to cope with such hardships, temptations, sorrows, and disappointments. But, as a child, these elements became a part of the simple life that was as normal as anything one could imagine. But, in later stages, Gino also remembers all the good and fun times, and he portrays these beautifully and graphically through the many characters you will encounter in the two volumes of his book. He brings them to life and engages the reader, simply by the humour and by the special qualities that each one of these characters magnifies and how all of these experiences impacted on his own life.