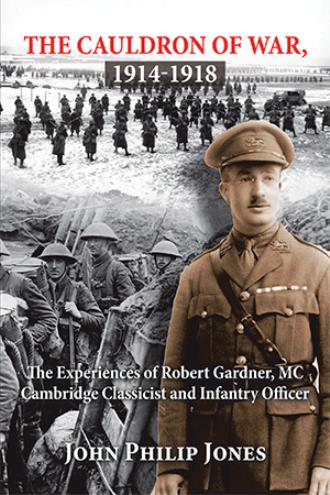 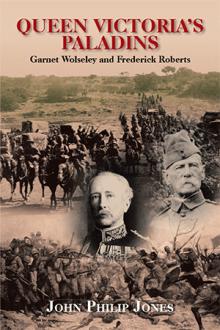 THE CAULDRON OF WAR, 1914-1918 Robert Gardner (1899-1972) was a member of a generation of highly-educated Englishmen who went to war in 1914: a war in which they suffered a horrifying loss of life. Robert Gardner was one of the survivors. Before the war, after taking First-Class Honours in both parts of the Classics Tripos at Emmanuel College, Cambridge, he was awarded the much prized Craven Studentship that took him to Italy for two years to carry out research into aspects of Roman military history. Towards the end of his time in Italy, the outbreak of the First World War brought him immediately back to England. He was a Lancashire man and he was commissioned in the senior infantry regiment from that county, the King’s Own (Royal Lancashire Regiment). His battalion spent the winter of 1914-1915 training for war. Robert Gardner went with his battalion to France in May 1915, and was with them when they fought in four major battles in which they suffered heavy casualties. His service was interrupted by a serious injury from an accident with a firearm, and although he was away from his battalion for fourteen months, he served for more than two years in the trenches. He was awarded the Military Cross, and was steadily promoted until, at the end of the war he commanded his battalion as a lieutenant colonel. He took his battalion back to England in 1919, and with the rest of his men he was demobilized. Emmanuel College lost no time in electing him to a fellowship, He spent a long and productive career delivering university lectures and supervising students, and he also became Bursar of the College, with the responsibility for finances, investments and all business affairs. His life revolved around the College. He was a very popular figure, and one of the more distinguished public rooms in the College was named after him. He had a happy family life; he was devout, and remarkably abstemious. During all the years after the First World War he maintained regular contact with the King’s Own, and although he lived in Cambridge he regularly attended regimental reunions in Lancashire. He retired in 1960, but this did not stop him from his regular association with the fellows and undergraduates of Emmanuel. In the words of the Master of the College: ‘He was an Emmanuel institution, who for more than half a century represented a vital link with the past.’

ABOUT THE AUTHOR: JOHN PHILIP JONES He was born in Great Britain and has dual citizenship: American and British. He graduated from Cambridge University with the Economics Tripos (BA with honours and MA). After graduating, he began a long career in international advertising at J. Walter Thompson, at the time the world’s largest advertising organization. He worked in the United Kingdom, the Netherlands, and Scandinavia and had responsibility for the advertising for many major international brands. In 1981, he joined the faculty of Syracuse University, New York. He taught graduate and undergraduate students and also spent much time researching the effects of advertising. This is a difficult field of study because of the problem of isolating the contribution of advertising from the effects of a large number of other influences on sales. With the cooperation of a leading market research organization, AC Nielsen, he developed a robust method of measuring the immediate effect of advertising. (This effect varies greatly, and only about one-third of advertising campaigns actually generate sales.) This work was of great interest to marketing companies all over the world and also to academics involved in marketing and advertising education. He became a full professor with academic tenure and was awarded the University Chancellor’s Citation for Exceptional Academic Achievement. He became emeritus in 2007. While actively engaged at Syracuse, he was also a visiting professor at the Royal Melbourne Institute of Technology, Australia, and the Copenhagen Business School, Denmark. For many years, he ran seminars in these universities every summer. He also addressed many international conferences and carried out consulting assignments for more than one hundred commercial clients and professional organizations. These were in forty different countries. He has published seventeen books on advertising, marketing, market research, and economics (available on amazon.com). His books have been translated into ten foreign languages. He has also published more than seventy articles in journals all over the world. In the United States, some of his work has appeared in the New York Times and the Harvard Business Review. He has always had an interest in military history. He has been a member of the Honourable Artillery Company, London, for sixty-five years. During his early years, he was an active officer in the Territorial Army. He is a member of the Oxford and Cambridge Club, London, and five years ago, he started a military history group for members, which is thriving.