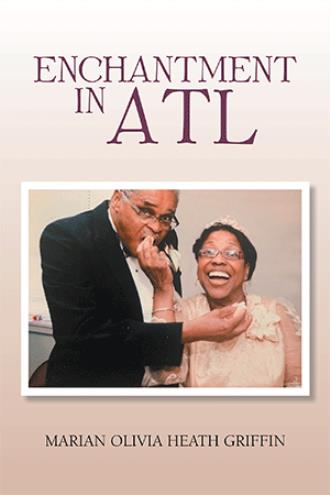 This narrative is about the death of a mother with four young daughters—two of them teenagers—and three sons in the navy. One daughter was in college at Delaware State University and was betrayed by a special college friend, which caused a dramatic breakup between the two. With tears in her eyes and a saddened broken heart, the older sister, Marian, sacrificed everything back home, including leaving her two younger sisters, to complete her education in Atlanta, Georgia. With the help of the Holy Spirit and a newfound relationship, which became her husband, Marian began to heal and become whole again. Toward the later years of her life, she revisits her earlier years of difficulties and hardships and ponders how far she and her family have come. She realizes that the most important side of life is that God will be there with us always. Just pray!

Marian Heath Griffin lives in Baton Rouge, Louisiana with her husband, Bertrand Griffin, of fifty-six years .She served as a Licensed Professional Counselor and Student Personnel Administrator at Southern University for thirty-six years, the last seven years as Director of International Student Services. After retiring from Southern University, she decided to utilize her Masters Degree in Mass Communications and Photography to write her family stories and her people’s history. Griffin graduated from Delaware State University with a bachelor of arts degree in sociology and psychology, a Masters degree in Atlanta University and a Masters program at the Interdenominational Theological Seminary (Gammon Theological Seminary) and New Orleans Baptist Theological Seminary in psychological Counseling. She received a Masters degree in Educational Supervision and Mass Communications and photography from Southern University. She did further study at Louisiana State University – Baton Rouge and Northwestern University in Evanston, Illinois. Griffin has worked with children, youth and adults most of her career. She has served as musician for cherubim choirs and youth choirs since she was twelve years old and has organized children’s choirs for several churches. She organized a cherubim choir forty seven years ago and still plays for them. Marian is so proud of these choir members, past and present. She established a Ninety Plus group of senior citizens ten years ago and has programs for and with them. Of thirteen participants five of them are over one hundred years old. Griffin enjoys traveling, having seen the fifty United States of America and six of the seven continents, including many cruises with her husband, her three children, Bertrand II, Karen and Michael and their families, three in-law children, Kotasha Griffin, (and Shawana), Keith Phenix and Tracie Griffin. We have eight grandchildren: Nia, Kiara, Christian- Paris, Michael, II, Amelia-Grai, Victoria, Olivia and Sophia – all Griffins. Her sister and brother – law, Nancy and Albert Kellam, have always gone along for the ride or flight.