The Seven “I Am” Statements of Christ—and What He Offers Us! 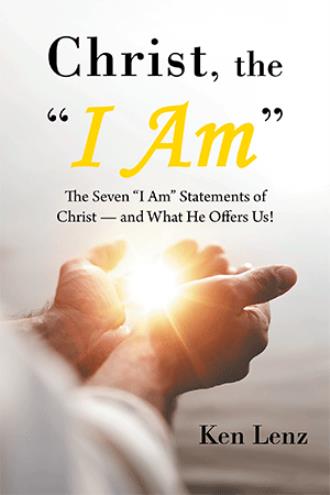 Excerpt from the Preface: The Apostle John recorded seven “I Am” statements made by Christ as He spoke metaphorically of who He is in relationship to mankind, and more specifically of His relationship to those who would trust in Him. The focus of this book begins, in Section One, with brief essays that explore each of these seven statements within the literary context of the texts themselves, and within the historical context of Jesus’ ministry. During the research and study of these seven statements, it became clear that there are various interpretations particularly of the first and last of these statements, some of which stemmed from misinterpretations of the Scripture passages that contain those statements. Therefore, the writer sensed a need for providing more extensive essays within this book, focused on those two statements in particular. Thus, Section One is followed by two sections that explore in more detail the first and seventh of the “I Am” statements, and the introductions to each of those sections will explain why we should consider them more extensively. Section Two, entitled “The Bread of Life: A Consistent Sense of John 6,” presents a more detailed commentary on John 6:26–69. Section Three, entitled “Branches of the Vine: A Fresh Look at John 15,” then presents a more detailed commentary on John 15:1–17. Introduction to Section One: The inspired Word of God includes four historical Gospel accounts that tell us of events and teachings in the earthly ministry of Jesus Christ, and of His sacrificial death and resurrection as our Savior. These accounts are each based on eyewitness testimony, but ultimately on God having “breathed” His words into the hearts and minds of the inspired writers: Matthew, Mark, Luke, and John. The first three Gospel accounts are referred to as the Synoptic Gospels, since they mirror many of the same events and teachings, though allowing for some differences (based on individual writing styles, emphases, and the particular target audience of each). While we can see those differences, we should also understand that ultimately each writer was inspired of God to write the particular Greek words he used. The Gospel According to John, however, includes many other events and teachings not included in the other three (earlier) Gospel accounts. The unique aspects of John’s Gospel account are, to a large degree, based on his primary purpose in writing, as he concluded: “Now Jesus did many other signs [Gk.: sēmeia] in the presence of the disciples, which are not written in this book; but these are written so that you may believe that Jesus is the Christ, the Son of God, and that by believing you may have life in his name” (John 20:30–31; ESV ). Notice that spiritual life is granted on the basis of one’s belief––specifically a belief “that Jesus is the Christ, the Son of God.” Many Christians (particularly Evangelicals) consider John 3:16 to be “the gospel in a nutshell” as Jesus is quoted as having said: “For God so loved the world, that he gave his only Son, that whoever believes in him should not perish but have eternal life” (see 3:14–18). Throughout his Gospel account, John used various tenses of the word “believe” (Gk.: pisteuō ) ninety-four times, emphasizing the need for one to believe in Jesus Christ as the Son of God. . . . The focus of this book will be on the seven “I Am” metaphors that Jesus taught in regard to Himself, as revealed in John’s Gospel account––and only in his account. These seven metaphors include the following: “I am the bread of life” (6:35, 48) “I am the light of the world” (8:12; 9:5) “I am the door” (10:7, 9) “I am the good shepherd” (10:11, 14) “I am the resurrection and the life” (11:25) “I am the way, the truth, and the life” (14:6) “I am the true vine” (15:1, 5) As we consider these seven statements individually, we will look at the context of events that led to Jesus relating these teachings. Very often in Scripture we find that the literary context helps us to understand particular verses, and it should not be ignored. At the outset of our study, it should be noted that Jesus had gone so far as to say to the skeptics, “Truly, truly, I say to you, before Abraham was, I am [Gk.: egō eimi ]” (John 8:58). Jesus referred to Himself as the “I Am”––similar to the way God had spoken of Himself to Moses (as recorded in Exodus 3:14). Those skeptics understood that Jesus was claiming to be eternal God, and the text tells us of their response: “So they picked up stones to throw at him, but Jesus hid himself and went out of the temple” (8:59). The seven metaphorical “I Am” statements of Christ build upon this foundational understanding that Christ is the great “I Am”; and each reveals aspects of His divinity! . . . Another series of seven aspects is found in the first chapter, revealing unique titles for Jesus, including His being the incarnate Word (1:1–3, 14), the true Light (1:4–13), the Christ / Messiah (1:15–28, 40–42), the Lamb of God (1:29, 35–39), the Son of God (1:30–34, 49), the King of Israel (1:43–49), and the Son of Man (1:50–51). Read John 1 and notice how the gospel is expressed in verses 11 through 13, speaking of receiving Him as believing in His name. John chapter 1 reveals seven signposts in the form of titles uniquely attributed to Jesus, and it offers a narrative that leads you to “believe [Gk.: pisteuēte] that Jesus is the Christ, the Son of God, and that by believing [Gk.: pisteuontes] you may have life in his name” (John 20:31). May God guide and bless us in our understanding and application of His inspired Word. 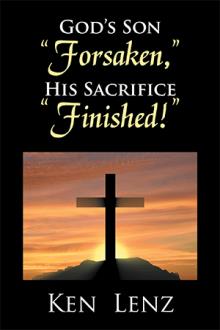 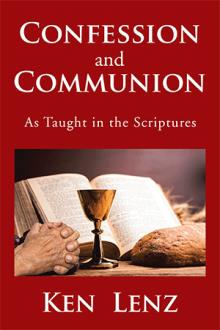 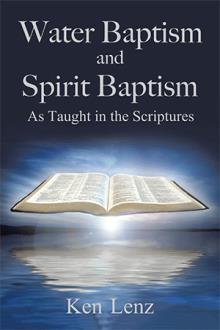 This book explores the seven “I Am” metaphors of Christ, as recorded in John’s Gospel account. Additional insights from both the literary context of the surrounding passage, as well as the cultural / historical context in which Jesus taught, will help the reader to better understand and apply these teachings. More extensive commentaries on both the first and last statements are also offered since they have been widely misunderstood — including Christ as the “Bread of Life” (John 6) and as the “True Vine” (John 15). Whether you are a Christian believer or not, this book has much for everyone!

Dr. Kenneth P. Lenz has served for over twenty-five years in church ministries and as a chaplain. He has also served on the religion and Bible/theology faculties of a few colleges and a Bible institute. Courses Ken has taught include “Survey of the New Testament,” “History of Christian Thought,” and “Psalms,” among others. His earned Ph.D. included an emphasis in Eastern Orthodox Church history and liturgy, and he excels in the area of hermeneutics (biblical interpretation). Ken and his loving wife, Helen, have three grown children: Carrie, Evan, and Bryce. Other books in this series offered through Xlibris (in print and as e-books): Water Baptism and Spirit Baptism: As Taught in the Scriptures Confession and Communion: As Taught in the Scriptures God’s Son “Forsaken,” His Sacrifice “Finished!” Additional e-books by this author include (among others): Water Baptism and Spirit Baptism: Expanded Edition The Orthodox Church: An Evangelical Perspective Lordship Salvation: An Evangelical Perspective