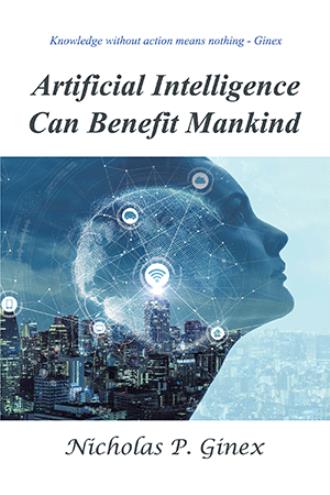 A documentary on Artificial Intelligence compelled Nicholas Ginex to inform people that AI can be used to crush the freedoms Americans have fought for. It is incumbent upon all Americans, and people worldwide, to recognize the potential threat of AI’s disastrous effects of increasing unemployment and poverty caused by billionaires funding high tech companies. They seek to increase their wealth, which increases productivity but decreases service and production jobs. However, some highly successful billionaires are driven to become wealthier by working with world organizations and national leaders to gain power and control greater than the president of the United States. They have invested billions in development of automated systems and advanced monitoring tools that will strangle independent thinking and control the lives of an entire people in any country. Nicholas illuminates how artificial intelligence can change economies and way of life in the age of automation. His objective is to inform the public of the dangerous implications that bode for the future in the misuse of AI for self-serving purposes. People need to be given knowledge of the universal capability of AI to effectively use it as the source for solving economic problems and increase the livelihood of an entire country. To give the reader a comprehensive understanding of artificial intelligence, he presents his book in four chapters: • The Impact of Artificial Intelligence • Understanding the AI Impact • Mankind’s Future with Artificial Intelligence • Conclusions Artificial intelligence systems and robotic controls are ushering in a new age of great potential and prosperity. But an age that will also deepen inequality, challenge democracy, and divide the world into two AI superpowers dominated by China and the United States. This has been done by a young generation of people highly skilled in computer knowledge by writing software programs that can simulate human decision making in robotic machines, control movement of vehicles, replace manual productivity, and even control mental decision making of human beings. Nicholas raises a concern that with the swift movement into the technical era of automation there is not enough emphasis on the moral values that serves human beings to highly regard integrity, compassion and love for each other. As a consequence, we see the trend is for success and the attainment of wealth whereby successful billionaires have accumulated enormous amounts of wealth that far exceed the net worth of the average person. The negative impact of people losing their jobs by use of Artificial Intelligence can be resolved. However, resolution requires two movements, which will ultimately benefit the quality of life of all Americans and brighten the future of mankind. • Improvement of our educational institutions and religious organizations to instill the values of integrity. • A new perspective of how people are fairly compensated for their work by using AI’s potential to benefit the economy. Discontented groups of people from many different races have expressed their anger caused by the loss of jobs and a poor quality of life. The death of George Floyd, a black man by a white policeman initiated violence by angry mobs that burned, pillaged and destroyed churches, homes and stores in the communities of many states during June of 2020. What the death of one black man revealed was the degradation of the character and love of country by our youth and thousands of dissatisfied people. They no longer have respect for property and human life. This anger exploded in Chicago’s city of Minneapolis after George Floyd’s murder culminated in widespread protests, riots and looting. The anger expressed by thousands of poor white and black citizens was not due to just the death of one black man, it has been seething for years by discontent brought about by lack of jobs, poor education, and lack of a promising future. In many states of America, the Black Lives Matter movement has infected the minds of people who appear to have had a poor education of the founding and history of the United States. Rather than learn from the past injustices that America went through as it matured into the best country for disadvantaged people, they rather destroy its history. They even pulled down and destroyed monuments of America’s past because they believe there is no equality in the application of law and order. The ability for our youth to discuss and communicate differences so that a dialogue can arrive at solutions has been replaced with anger and blinded actions that only destroys their future and the communities they live in. Can we say that our educational system, at every level, and our religious institutions have failed? Is there yet another reason, which is the inequality being created by Artificial Intelligence that causes loss of jobs, lower incomes, and homeless people living on the streets of many cities? This author believes that it is both the lack of integrity and intellect taught by our educational-religious organizations and the inequality of wealth acerbated by AI implementation. It is these two areas that need to be explored and revised to resolve the AI impact. The solution presented that does not advocate a social reform to replace Capitalism in America. It provides an opportunity for all people, regardless of color or religious beliefs to make their own choices and achieve their goals in life. In America, we have the most billionaires and multi-millionaires who make up a significant portion of the United States net worth. A 2019 Brookings article indicated that in 2018, U.S. households held over $113 trillion in assets. With this accumulation of wealth in the U.S., it presents a logical solution to actively assist in solving the increase in job loss that leads to suicides, disillusionment, and poverty that impacts a better life for millions of people. The solution presented is a novel, innovative approach that can be accomplished with people of integrity with analytical minds who can make it happen seamlessly using artificial intelligence. It verifies that an automated U.S. Capitalist AI Fund will balance the wealth of America to increase the quality of life for all Americans. 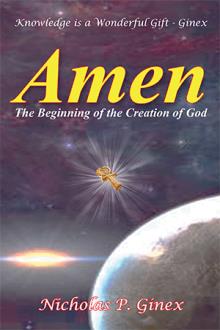 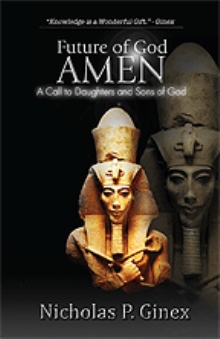 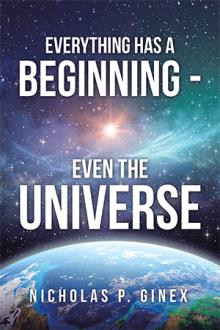 Everything Has a Beginning - Even the Universe
Nicholas P. Ginex
$16.99

Artificial Intelligence (AI) is an exceptional tool that increases production output of goods and services but its automated capabilities have caused the loss in jobs affecting the livelihood of millions of American workers. A great concern is the direction in the use of AI that affects the mental and physical health of the public. Some billionaires are using AI to surreptitiously control the thoughts of people and are developing ways to vaccinate people for biological control as well. This book provides a path, a solution that will be very challenging, but entirely warranted by using AI to give every American an opportunity to use their gifts and enjoy a quality of life that has never before been achieved for an entire people of one country.