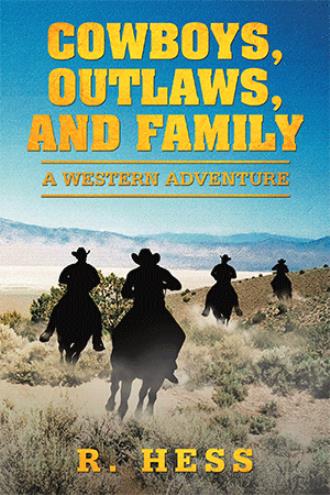 Nathan Preston and Gene were both pleased with the contract cowboys; Will, Ray Larry, Wayne and Rudy. Arriving at the Preston ranch in the spring of last year, they helped with the spring branding and with the cattle drive to Ontario that fall. They had contracted with the Pacific Livestock Co., which Gene always shorten to ‘the Lux Operations’, over the winter to train horses... Emery gave Gene high praise of their work. Now returning again this spring to help with the branding, Gene felt assured the work would be performed at a fast pace and with minimal problems; these cowboys knew their stuff.

Will and his crew came riding in Saturday evening to the Preston ranch. Gene knew Harry and Phil had been waiting for the cowboys... they would all be going to town. It would be a late night of partying, however, all members of the crew knew the work would begin early Monday morning.

...Lucy started thinking about her prank, getting the details put together in her mind. Finding a rattlesnake would not be an issue, Charlie and Craig could handle that easily... She, herself, would cut off the rattles and sew them onto a piece of leather. The potential problem was getting to Harry without the remaining crew, or Will’s crew, discovering her in the bunkhouse. Everyone knew the bunkhouse was off limits to all women, unless specifically invited.
...Walking as quietly as possible to the bunkhouse, Lucy pulled the door open slowly, trying to keep it from squeaking. She doubted if any of the occupants would hear any noises over Burt’s snoring, however, unusual sounds, especially a door opening, tended to get everyone’s attention.

Lucy pulled the rawhide with the neatly sewn rattle from her pocket, and gently lifted the blanket off Harry’s foot. Working quickly, Lucy tied the rattle loosely around his ankle then pulled the blanket back over his foot; Gene rolled over. Holding her breath at the noise of Gene’s bunk... Lucy remained motionless for several seconds. Not hearing any additional sounds, Lucy silently left the bunkhouse. Now it was just a matter of time...
...Clyde just handed Lucy the best plan to get the bunkhouse humming... Clyde shot his request to Rachael with enthusiasm, “Mamma, may I go wake ’em up? I know they’re gonna wanna wash up, ya know shave and comb their hair, and have somethin’ to eat before we leave and Grandma doesn’t like bein’ late.” Rachael sighed, closed her eyes, and tilted her head to the floor.

Lucy put a hand on Rachael’s shoulder and encouraged Clyde, “Clyde, you do that! You hot foot it over to the bunkhouse and tell ’em coffee’s on, and that Grandma wants everyone up and ready for church by eight o’clock.”
...No sooner had the backdoor slammed shut behind Clyde than Lucy was through the inner kitchen door and at the front door ready to step out onto the front porch. As she left the kitchen, Lucy shouted to Rachael just above a whisper, “You’re not gonna wanna miss this!” Rachael hurried behind Lucy.

Both women were standing on the front porch and watched Clyde enter the bunkhouse, heard his melodious call to Gene, then the loud scream. Lucy slapped her hand over her mouth to cover up her laughter. Rachael stared at Lucy. Harry came bolting out of the bunkhouse, barefoot and wearing only his long johns, screaming and shouting. Hopping on his left foot and shaking his right foot, Harry was crying out, “Get this goddamn fuckin’ snake off my leg!” Thundering footsteps were heard coming down the stairs and the two women stepped away from the front door. Charlie was the first to open and bolt through the front door with Craig and Ike on his heels; all three brothers sporting the same outfits – long johns, barefoot, and hats.
...The bunkhouse was now vacated, Harry was hopping on his left foot, shaking his right foot, and shrieking out profanities for someone to get the snake off his leg.

Gene and Phil grabbed Harry to hold him still, and after that was accomplished, Will and Ray took hold of Harry’s right leg. Will immediately spotted the leather strap tied to Harry’s leg and let loose his grip on Harry. Phil looked down and saw what Will had seen, and started the infectious laughter.
...No one came to Harry’s rescue, except Clyde. Clyde sympathetically touched Harry’s arm, “Do ya want me to cut the rattles off your leg, Uncle Harry?”...
...After Ethel Preston untied the leather strap, with the rattle neatly attached, off of Harry’s ankle, Harry started his tender-foot march toward the front porch of the Main House. Clyde shouted his helpful request to his Uncle Harry, “Do ya want me to get your boots for ya, Uncle Harry?”

Harry stopped, turned, and looked at Clyde, “Yes by God, Clyde, I do.”
Clyde ran back to the bunkhouse and retrieved Harry’s boots. Thanking Clyde, Harry pulled on his boots and returned to his mission, finding Lucy.
...Harry gave a brief nod to the family member standing, still lightly chuckling, on the front porch. Harry bellowed as he opened the front door, “Lucy Marie, ya’re gonna be sorry! When I find ya, ya’re gonna be real sorry for this goddamn lit’l prank of yours!” Harry took the stairs, two at a time, straight to Lucy’s room. ... Marion was now at the bunkhouse making his inquiries as to all the morning’s commotions. Phil gave Marion some of the details, and after another bout of laughter, Marion thoughtfully added, “I was wonderin’ why Lucy was sittin’ on the sofa in the Garden House readin’ the newspaper, actin’ like nothin’ was goin’ on... Guess we’ll be hearin’ about this for the next few weeks and how Harry’ll be gettin’ even with her.”

Phil sputter out a quiet, “Like that’s ever gonna happen.” Another round of laughter, even Ethel Preston was finding humor in Lucy’s prank. 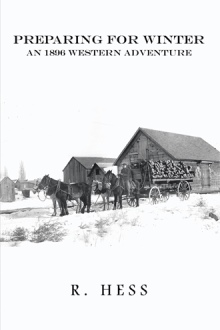 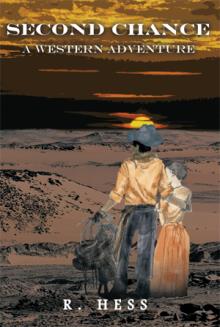 The Preston Ranch embraces the New Year as 1900 ushers in a new decade and ends the nineteenth century. Building a new house will continue during spring roundup, and one member of the crew suffers a disastrous accident during spring branding. June finds several members of the family traveling to Portland, Oregon, and the ranch foreman takes two young cowboys to check on the herd and captures four desperadoes during their ride.

The year closes the nineteenth century with moving one thousand head of cattle to high ground to avoid flooding conditions at the ranch. The year’s hard work is celebrated with New Year’s Eve games, and news of an upcoming wedding in the twentieth century.

Fifth generation in the Pacific Northwest, Rebecca Hess was raised on a farm in Matlock, WA, with three siblings. Her ancestors migrated to the area filing for a homestead in 1889. Although leaving home to explore life, her roots of rural living remain.

With husband Ron, they made their home on ten acres outside his hometown of Reno, NV. After raising a daughter, and the passing of parents, Rebecca is following her passion of writing historic novels about rural life, self-sufficiency, and family commitments.

Self-sufficiency has lead Rebecca to learning the traditional art of blacksmithing following in the footsteps of two of her great grandfathers; Grandpa Singleton, and Grandpa Peterson. An outdoor enthusiast, Rebecca and her husband enjoy prospecting, camping, and the simpler things in life.