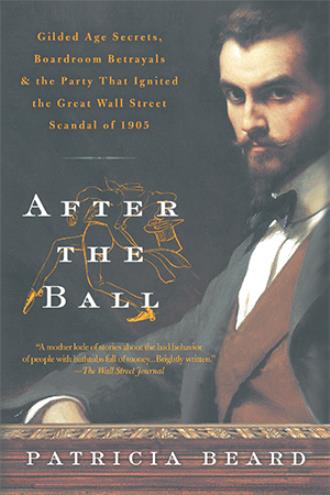 Set in 1905, against a backdrop of magnificence, excess and corrupting glamour, After the Ball's themes are stunningly fresh: greed and chicanery, flawed love between fathers and sons, and contradictory American attitudes about wealth.

Glamorous, cultured and ambitious - but fatally young and naïve - James Hazen Hyde was twenty-three when he inherited the majority shares in the billion-dollar Equitable Life Assurance Society in 1899. Five years later, at the pinnacle of social and financial success, he made a fatal miscalculation, and set in motion the first great Wall Street scandal of the twentieth century.

On the last night of January 1905, Hyde gave one of the most fabulous balls of the Gilded Age. Falsely accused of charging the party to his company, he was sucked into a maelstrom of allegations of corporate malfeasance that involved the era's most famous financiers and industrialists.