The Ultimate Guide to Understanding Terrorism and Counterterrorism 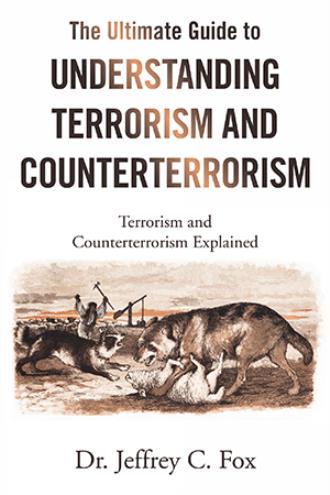 Chapter One What is Terrorism “If you know the enemy and know yourself, you need not fear the result of a hundred battles. If you know yourself but not the enemy, for every victory gained you will also suffer a defeat. If you know neither the enemy nor yourself, you will succumb in every battle (Sun Tzu, n.d.).” Distinctions are easier to make than definitions. White's (2003) approach is illustrative of this, placing terrorism along a continuum of conflict where related behaviors can be sorted out. This approach sees terrorism as between rioting and guerilla warfare. There is no one definition of terrorism. In fact, the word might be impossible to define because it is intangible and changes according to historical, ideological, and geographical contexts. There is no universal definition of terrorism (Long, n.d.). In the U.S. alone we have approximately 100 definitions. The bigger question is, when does one become a terrorist (Hoffman, 2017; Martin, 2019; Nacos, 2016; Simonsen & Spindlove, 2017; White, 2003; 2016). White (2003) states that a common definition of terrorism is elusive. This elusiveness is caused by many reasons. It is critical that one understands several basic core concepts involving terrorism. Terrorism will always be examined from both a social and historical context. How terrorism is viewed and defined will depend greatly on the social and historical variables being considered and by whom they are considered. Terrorism as we know it currently originated during the French Revolution. However, it can be argued that terrorism has been around in one form or another since early biblical times. During the 1800s and early 1900s, terrorist groups included labor organizations, nationalist groups fighting foreign powers, anarchists, and ultranationalist political organizations. By the end of World War II, this meaning had changed. This context includes basic frameworks wherein terrorism is created, found, and thrives. The contextual paradigms considered in this chapter include how history, conflict, political power, repression, media, crime, religion, and the specific forms of terrorism interact. The meaning of terrorism has changed with time and is often defined in a historical context. It was during the French Revolution where modern terrorism derived its meaning. Labor groups, anarchists, nationalists’ groups revolting against foreign powers, and ultranationalists were considered the primary perpetrators of terrorism. With the onslaught of World War II, the context of terrorism shifted. Hate groups took the forefront in the U.S. However, right after the Civil War the Ku Klux Klan emerged as a terror group that is still in existence today. Subnational warfare involving terrorism was prevalent internationally. Rogue regimes sponsored terrorism. As the new millennium approached, the context and definition of terrorism changed again. Currently, terrorism often means large groups, which are not part of the formal state. Religious fanatics and some environmental groups make up a good portion of terrorist groups (White, 2003; 2016). Some researchers have argued that once approximately twenty-five percent of a population is involved in terrorism it is no longer terrorism but has turned into a revolution. The precise terminology and math here can be argued but the premise that of moving from terrorism to revolution has merit. Fidel Castro in Cuba might be the best example of this. It is important to note that the “terrorist” is only the tip of the spear. The person who actively carries out the act of terrorism is the tip of the spear, but that spear has a shaft with helps the overall action (Bjelopera, 2017; Cinar, 2009; Cohon, 2006; Cohen, 1989; Couto, 2010; Horganm 2006; Kruglanski & Fishman, 2009; Miller & Landau, 2005; Miller, 2019; Morag, 2015; Recih, 1998; Schartz, et al, 2009; Sidman, 2003; Smelser & Mitchell, 2002). When terrorism is related to war the meaning changes depending on how the war is viewed. Those who employ terror tactics will be viewed as heroes by their friends and allies and terrorists by their foes and enemy. Guerrilla warfare uses terrorist tactics or vice versa. However, as we will see, Guerrilla warfare and terrorism are different forms of force. Along these lines, political power comes into play. Those in power define terrorism. Some think that political repression is terrorism itself. Of course, these messages and meanings must be disseminated by some means. This is where the media plays a role (White, 2003). White (2003) discusses the correlation between terrorism and crime. Criminals commit criminal acts. Terrorists commit criminal acts for political reasons. Criminals commit criminal acts for themselves. Terrorism is defined within the context of time, personal, and societal views. We will examine the difference between a terrorist and a criminal in more detail latter. There are many definitions of terrorism. Again, terrorism and its definitions are in the eye of the beholder. Definitions may fall within a legal context or a sociological or criminological context. The entire issue involving definitions is blurred, complex, and most often politically charged. Defining terrorism can almost be viewed like the adage regarding pornography. The saying is, I cannot define pornography, but I know it when I see it. Revolutionary violence should not be mistaken with terrorism. However, terrorism activity might lead to revolution in some cases or at least that is the hope for some. Some academics argue that terrorism should be described in relation to governmental repression. One solution is to merge the definitions. The FBI offers a good legal and working definition. The FBI definition says terrorism is the “unlawful use of force or violence against persons or property to intimidate or coerce a Government, the civilian population, or any segment thereof, in furtherance of political or social objectives.” Beyond definitions, we must consider typologies (White, 2003). Typologies do not solve the problem of defining terrorism. Likewise, there are many typologies of terrorism. Typologies of terrorism must be examined, just as the definitions, within the specific social, historical, and political settings in which it occurs and is analyzed. 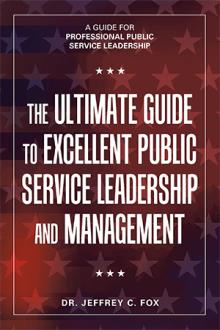 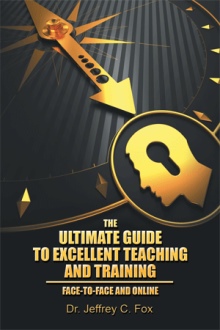 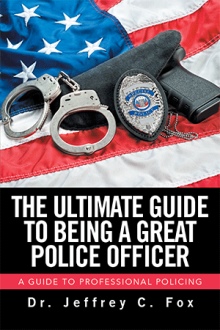 The Ultimate Guide to Being a Great Police Officer
Dr. Jeffrey C. Fox
$23.99 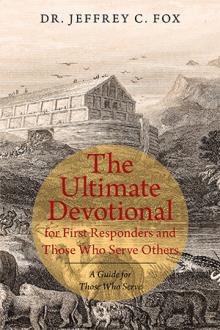 The Ultimate Devotional for First Responders and Those Who Serve Others
Dr. Jeffrey C. Fox
$16.99

This book is for anyone who is interested in learning about terrorism in all its forms. For over four decades I have studied terrorism, trained to deal with it, dealt with it, and taught it as an academic discipline. Over these decades I have seen an already complicated topic become even more difficult to understand. The field of study has grown as the world has gotten smaller. Ask anyone what terrorism is and you will get a myriad of answers. Even in academia the topic has become more convoluted. As with crime, there are many theories espoused as to why one commits terrorism and why terrorism exists. It appears to me that many academics, researchers, policymakers, authors, and journalists in general view this topic with a tainted lens based on their own world view. Some act as apologists for terrorists while often doing so in a subtle manner. Some try to expand the definition and concept well beyond the scope that it should be found. I have students who do this all the time. We seem to be living in an emotion driven society instead of a fact driven one. A relatively new trend is to use the word extremist as a synonym for terrorist. There are several problems with this. First, this creates a net widening effect which lumps those who we disagree with in that net. Second, who gets to decide who or what is extreme? Third, and finally, it waters down and muddies the study of “terrorism”. This does not mean that an extremist might not become a terrorist. Having pointed out the minefield terrorism can be my goal is to offer an academically sound real-world fact-based explanation on terrorism. Terrorism can be a politically charged topic. I ask that as you read this book you check what is written, digest it, and make your own decisions on what you have read. It is highly likely some of your thinking will be challenged. When I began to teach homeland security which includes terrorism, I made a promise to myself that I would never be politically correct. Political correctness is what some terrorists rely on and is one of our worse habits. We will cover several overarching themes. We will look at what terrorism is and is not. We will explore the historical roots of terrorism. We will discuss the causes of terrorism as well as terrorist typologies. Next, we will examine domestic terrorism and international and ethnic terrorism. Then we will dive into religion and terrorism and spend time looking at Islamic terrorism and Jihad. We will examine asymmetric warfare including terrorists’ tactics and weapons of choice. We will discuss terrorist financing an explore counterterrorism.

Dr. Jeff Fox served for 27 years in the field of criminal justice, 21 of which were with the VA State Police (VSP). He began his law enforcement career as a military policeman in the U.S. Army and served as a town police officer, trooper, sergeant, first sergeant, and lieutenant. He served as a field lieutenant with the state police and served as the assistant training officer where he managed the daily operations of the training academy. He also served as the statewide incident management program manager for the VDOT in the operations and security division. Jeff earned an AAS degree in Police Science from Germanna Community College, a BLS degree in Criminal Psychology and Sociology from Mary Washington College, and a MS degree in Criminal Justice Administration from VA Commonwealth University. He earned an MBA degree with a Specialization in Criminal Justice, and he earned a PhD in Business Administration with a Specialization in Homeland Security from Northcentral University. He is a graduate of the Southern Police Institute Administrative Employees Course and the VA Commonwealth Management Institute. Jeff completed the VA State Police Basic Academy, Rappahannock Regional Criminal Justice Academy, and Military Police School. Jeff has been teaching at various colleges and universities since 2001. He retired from state service as the Program Coordinator and Assistant Professor for the Homeland Security & Emergency Preparedness and Criminal Justice Cohort Programs for VA Commonwealth University in Martinsville VA. Jeff served as an Assistant Professor and Chair of the Public Safety Adult Degree Completion Programs (Bachelors) [Criminal Justice and Homeland Security & Emergency Management] for a private college in Virginia. While the assistant training officer for the VSP he collaborated with the University of Virginia and together, they created the National Criminal Justice Command College. Jeff’s full-time job now is as public safety trainer/educator/consultant for his company called Fox - Public Safety Training, Educating, and Consulting, LLC. He has been an associate dean, program chair, program coordinator, associate and assistant professor, lecturer, and adjunct. He is a member of Global Society of Homeland and National Security Professionals – Certified Homeland Security Protection Associate IV. He served on the Executive Advisory Board for ABCHS. He was Certified a National Threat Analyst with ABCHS and a subject matter expert - violent non-state actors by Center for National Threat Assessment. He serves as the Homeland Security Program Director for a major university. Jeff spent 20 years instructing over 4,000 hours at criminal justice academies in a variety of criminal justice, leadership, ethics, and instructor development courses. Jeff has taught 100s of academically based criminal justice and homeland security/emergency preparedness classes which included over 28,500 classroom hours. Jeff has spent over 24,500 hours instructing. He has taught over 85 criminal justice topics in police academies. Jeff has received over 167 commendations during his career in public service. These commendations range from criminal and traffic enforcement, major drug seizures, educational efforts, community service, crime prevention, traffic safety, to life saving attempts. For more information about Jeff’s training, education, and consulting services through Fox Public Safety, LLC. contact him at https://publicservice.training/ or foxpublicsafety@gmail.com