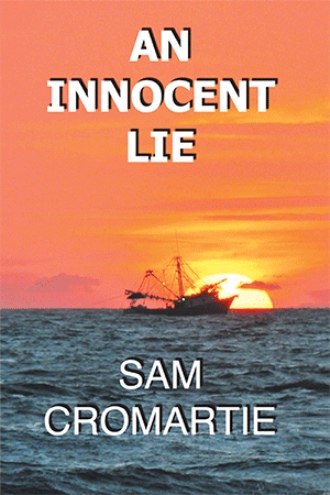 Jeb Stuart Grant opened his eyes to the glare of the afternoon sun. Three hours of rest had done nothing to relieve the fatigue that beckoned him to drift back to REM sleep. He stared at the blades of the ceiling fan that twirled away the time—precious time that he could not afford to waste.

He threw his legs off the bed, stumbled to the bathroom, washed his hands and face, pulled on a pair of jockey shorts, and marched bare-chested into the kitchen in a quest for caffeine. He was not close to being ready for tomorrow, and his thinking tank was empty from spending the morning struggling to finish his criminal law exam after studying all night. His only solace was the knowledge that this part of his life would soon be over. One exam stood between failure and graduation.

He thought of the strange turns his life had taken and how different it would have been if fate had not been cruel. At least he had survived the Afghan war and his own depression. Now his career was all he had left, and everything depended upon focusing his thoughts and memorizing pages and pages of case law.

Reinforced with a mug of hot coffee, he marched to the small desk that took up a large part of the space that served as his living room, kitchen, and dining room. His civil litigation text lay open to chapter eight, and notes cluttered the adjacent table. Outside, he could hear college kids playing basketball in the park next door. He wished he could join them.

He picked up the book and squinted at the small print. I can do this. Only one more day until the good life begins. He tasted the brew. The aroma was pleasing, but the liquid burned his tongue. He sat it down and rested his head on his textbook.

Four hours passed. The bright sunlight grew dim, and raindrops pattered on the tin roof of his house. The old-fashioned, non-digital clock that hung at an acute angle on the back wall displayed the time. Eight o’clock. He stared at his scribbled notes and strained to make sense of them. Why did I let myself doze off? I need another week. I’ll have to stay up all night again and still will not be ready.

The screech of tires diverted his attention from the task that lay ahead. He looked out the window. A BMW 650i convertible pulled to a stop in front of the garage. The driver’s door flew open. Laura emerged, swinging her long legs to the gravel and stretching her slim frame to its full height. At five feet, ten inches tall, she was only one inch shorter than Jeb. Her red hair clashed with the bright red finish of the new luxury vehicle and with her matching miniskirt, lipstick, and high-heeled shoes. It was neatly styled with ringlets. Jeb wondered why she had picked a convertible. She’ll never let the top down. It would wreak havoc with her curls.

He took a deep breath and reconciled himself to a major distraction. I’m going to flunk the last exam of my last semester of law school.

He jumped into a pair of blue jeans and lifted his wrinkled Duke sweatshirt from the floor, slipped it over his head, and opened the door. Laura swooped inside, closed her umbrella, and kissed his cheek. She sauntered past him to the kitchen table, where she set a bottle of Dom Pérignon Rosé amongst the clusters of dirty dishes. She smelled of Eau de Parfum. Her gaze took in the open books, journals, and papers that covered the floor. She glanced at Jeb’s uncombed, out-of-control, brown hair and his unshaven face. “Clean up, big boy, I’m taking you for the ride of your life.”

Jeb wondered if she was referring to the car or to something more enthralling. Laura was his best friend, but when it came to sex, she was more an advisor than a participant. He looked toward the driveway. “Nice wheels.”

Jeb thought that “Daddy” overindulged his only daughter. “A little premature, don’t you think? We’ve still got one more exam.”

He was tempted, but too much was at stake for him to waste any time at all. “I need to study.”

Her lips folded into a pout. “Well, you can’t do it on an empty stomach. Let me take you to dinner. My treat.”

She dropped the keys into her new, red-leather, Gucci shoulder bag. “OK. We’ll order pizza and stay up all night studying.”

Laura was not in the habit of staying overnight. Jeb tried to envision what she had in mind. Did it have something to do with taking him for the ride of his life? Even if she only intended to study, he was glad for the company—relieved to have someone to keep him awake.

Before he could respond, the telephone rang. He picked up the handset. “Speak.”

Nothing could have prepared him for the response. “Jeb? Thank God it’s you.”

The room seemed devoid of oxygen.  His mind shut down, refusing to process impossible fantasy. His arms shook, and hot coffee splashed onto his hand. He failed to feel the pain. “Who is this?”

He wondered if he had pushed himself into insanity. Did fatigue cause hallucinations? Had his mind recreated that voice to fill the void that substituted for his emotions? He should have hung up. He knew that it was a subterfuge, but he kept the receiver to his ear. “Where are you?”

The phone disconnected. Jeb felt like a dying man following that tunnel of light to who knows where. He gripped the counter to regain his balance. Laura caught his arm. “Are you all right?”

He leaned forward until the dizziness passed. He then lifted his head and tried to look confident in the lie. “I’m fine. Just didn’t get any sleep last night.” He was anything except fine. He knew that voice—the tone, the accent, the vulnerability. It had once been his favorite sound. Now it was some cruel hoax—some trick—someone’s pathetic prank. It couldn’t belong to Cristina. Cristina was dead.

Jeb Grant studies for the final exam that determines if he graduates from Duke University School of Law. He receives a frantic phone call from Cristina, his ex-girlfriend whose grave he cried over eight years ago. He suspects a hoax but rushes to meet her. Angie Laudicino (a.k.a. Cristina D’Alimonte, a.k.a. Marie Baldini, a.k.a. Elaine Russo) flees for her life from mobsters who want to use her as collateral in their war with her father, the leader of the mob in Miami. She needs to find a place to hide, but first, she must warn Jeb that the assassins are coming for him.