Prudence and Our Short Stay 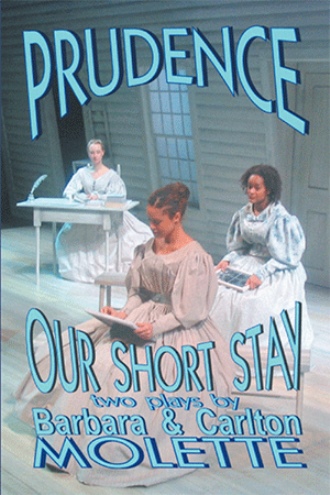 In the summer of 1992, Carlton was a recent faculty hire at the University of Connecticut and we were shopping for a home in the “greater Storrs” area. As we waited to be picked up by a real estate agent, we browsed through the tourist-oriented material displayed in the motel’s lobby. Nestled among the colorful brochures, was an unassuming little black and white flyer– the size that fits in a business envelope or a man’s inside coat pocket– that described The Prudence Crandall Museum. Carlton had heard of Prudence Crandall, but he could not remember where or when or why. Later he recalled, when on the faculty at Howard University nearly thirty years earlier, several female theatre majors resided in a dormitory named Prudence Crandall Hall. But who was this Connecticut White lady for whom a dormitory at a historically Black university was named? The unassuming little flyer proclaimed she founded “New England’s first school for African American women.” We soon learned there are residence halls at the University of Connecticut and Eastern Connecticut State University named for Prudence Crandall and a residence hall at the University of Rhode Island named for Sarah Harris Fayerweather.

After moving into our Connecticut residence, we visited The Prudence Crandall Museum, gathered information about Prudence Crandall’s Academy and concluded the story contained sufficient conflict, intrigue and skulduggery to make a play. But we soon found ourselves with two different plays based on these basic historic events:

Prudence Crandall’s Academy was established for daughters of the local landed gentry. But in 1833, Crandall permits a young African American woman named Sarah Harris to enroll. After persuasion, threats, and students withdrawing from the school, Crandall makes a choice. Rather than break her promise to Sarah Harris, she gains support from important abolitionists to close her previously all-White academy, and reopens as an academy for “young ladies and little misses of color.” Although her action unleashes a firestorm of bigotry, Prudence and her students persevere as powerful citizens create a state law whose only purpose is to abolish the school. Prudence is arrested and jailed for violating that law while anonymous vandals regularly subject Prudence and her students to malicious acts of terrorism. They remain resolute through three trials and increasingly brutal attacks. One night, while the students sleep, vandals invade and nearly destroy the building that houses the Academy. The next day, the Board decides the students’ safety is paramount and close the school. After the Academy is forced to close, Prudence moves to the Midwest where she audaciously continues to heed her calling and keep her vow to never teach white students again as several of the Academy’s former students continue to seek education and become involved in various efforts to “uplift the race.”

We finished OUR SHORT STAY; and it was presented as a reading at the National Black Theatre Festival in August of 2003. Shirley Richardson and Patricia Williams of Miami’s M Ensemble Theatre saw the reading and initiated plans to produce it in February of 2005. OUR SHORT STAY takes place in one continuous scene. Changing a few props and costume elements in view of the audience enables two women and one man to play all the characters. The play can be performed in 40 minutes without theatrical scenery or lighting and the M Ensemble production focused on attracting middle school and senior groups to late morning matinees. OUR SHORT STAY has an enveloping action in which a modern-day high-powered executive named SARAH focuses on gaining status and making money until Julia arrives to take her back in time to Canterbury, Connecticut in 1833 where she is Sarah Harris, first of the “young ladies and little misses of color” who studies at the Prudence Crandall School. Julia becomes Julia Williams, also a student at the Prudence Crandall School. After the vandals invade the Academy and the Board closes the school, SARAH and JULIA return to the present and SARAH has clearly benefitted from the experience.

By the time we began work on the premiere of OUR SHORT STAY, we were well on the way to a completed PRUDENCE script as well. PRUDENCE, based on the same actual events, is intended for production in a theatre with a unit set, stage lighting, costumes and props with a playing time of 110 minutes. Four women and two men play all of the characters. PRUDENCE received Connecticut Commission on Culture and Tourism’s Artist Fellowship Award in 2005. Tyler Marchant, formerly of Primary Stages in New York, directed development workshops in 2004 and 2005 as well as the Connecticut Repertory Theatre’s 2006 premiere production. 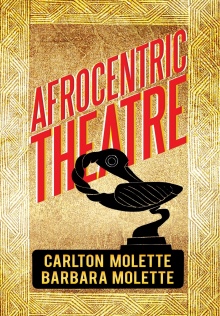 In 1832 in the village of Canterbury, Connecticut, Prudence Crandall's students are White daughters of the landed gentry until Sarah Harris, an African American, enrolls. Amid persuasion, threats, and students withdrawing, Crandall closes her school and reopens as an academy for "young ladies and little misses of color." Both Prudence and Our Short Stay chronicle the firestorm of bigotry that Crandall's courageous action provoked. Prudence is a full-length play and Our Short Stay is a one-act that can be performed in a classroom setting.