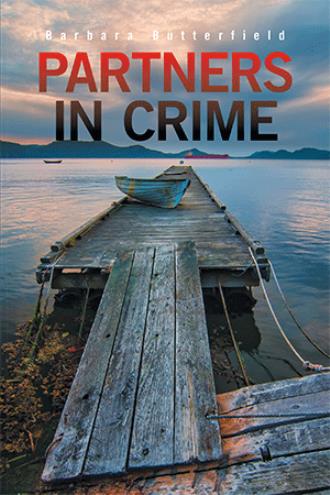 His stance was textbook perfect. Feet slightly apart, one foot placed just ahead of the other, weapon raised for sighting and his left hand supporting the right hand that gripped the Glock 45mm handgun. His right arm was held straight, sure and steady, his left arm bent only slightly. His safety glasses were firmly in place, and headphones were securely worn to protect his hearing against the usually high decibels of the indoor shooting range. Most people using the range wore specialized earmuffs, but not Zach. He shot with much better accuracy when his tunes were playing loudly in his head. Bullet after bullet was chambered and fired with precision borne out of years of training and practice. His eyes were steadily trained on the target. Once it was filled with about three or four dozen small holes…all pretty much centered around the chest and head of the silhouetted man on the printed paper target, the range master would automatically bring in the target and switch it out with a new one. Again the motorized range finder would whisk the target back out to the proper distance. Again the gun spoke, and again…and again. After a while, the range master spoke, loud enough to be heard. “Szarbino, don’t you think it’s about time to give it a rest?!” “No,” Zach replied without glancing at his colleague. “But you’ve been at it for a couple hours now!” “I said no.” “Do you have any idea how much ammo you’ve cranked your way through?!” “So, ask me if I care,” Zach shouted over his shoulder. “Well, when you begin hour number three the tab for the ammo is comin’ out of your paycheck! How do you like that?!” “And this affects me how!” “Who you killin’ out here today?!” He asked, tossing his head in the target’s direction. “Anyone and everyone.” “You’re pissed!” “No foolin’!” “Maybe you need to see the staff shrink.” “And shoot him too?” “No, that would be illegal…and not very nice! There are other wackjobs that may need him.” “Nice!” “You know, maybe you just need someone to talk to.” “I don’t want to talk to anyone, including you. You’re messin’ up my aim!” “A professional wouldn’t let idle conversation mess up his aim,” the Range Master corrected, and then quickly regretted having said anything when Zach instantly swung about. Leveling the gun in front of the gentleman, he took aim…the gun only about twelve inches from the range master’s nose. “Are you saying I’m not professional?” Zach asked, dead serious. “No, but if you shoot me you sure as hell aren’t! For that matter, I could have your testy little white ass thrown out of here for aiming a hot piece at me!” “Don’t get your panties in a bunch, Rudy…I ain’t gonna shoot you.” “Good thing I’ve known you a long time, or I’d write your ass up for this little incident.” “Whatever,” Zach muttered, shrugging off the implied threat. “Szarbino, there are rules…” “I know all about the rules, oh mighty Range Master,” Zach shouted as he lowered his weapon, and turned on his old friend. “Rudy, I play by the rules every damn day. Every day I go out there,” Zach exclaimed, his left arm pointing straight out toward the glass door of the range’s office. “I go out there to catch bad assholes, you know…the boys who got mamby-pamby time-outs when they got caught doing something wrong as kids instead of getting their butt whipped by their old man and his leather belt! “Ohhh no, now it’s my job to reason with these assholes. Do you have any idea what it’s like to reason with a zero-IQ mo-fo who would just as soon shoot my ass off?! But, ohhh no, he wants to be treated with respect and tolerance, but demonstrates neither? “Some moron takes a shot at me, and when I go to protect and defend my own ass, and he gets him’s widdoe hands dirty or hurt, he whines all the way to his f’n lawyer’s office hoping to score a big payday at someone else’s expense. “And don’t you just know that there is some ass-wipe, scum-sucking lawyer who will take the case for his own fifteen minutes of fame, and then laugh all the way to the bank when he gets the asshole off?! “Just more of America’s judicial system in action, right there. And what do I get? Questioned! He shoots first, trying to take my life, and I end up getting questioned when I draw down on the guy!” “They have to question, Zach,” Rudy replied as he tried to get a word in edge-wise. “That’s democracy. That’s innocent until proven guilty.” “Yeah, yeah…sure they have to, but it’s like I have to defend myself to my own agency! It’s like they’re taking the assholes side, and I’m not so much being questioned to have to explain what went down, but defend my own actions!” “Some agents don’t go by the book, like you do.” “So screw me then, right?” “No, not necessarily.” “Oh, go play with yourself…no one else ever will,” Zach muttered, growing tired of the conversation. “So, what do you do then?” “I go out there, just keep at it…every day to defend myself and those around me, the city, this nation and the freakin’ Constitution, for craps sake!” “How much do you get paid for a gig like that? I might consider promoting out of this range to be a defender of the Constitution,” the Range Master offered, trying to lighten the atmosphere. “Oh, mighty range master,” Zach explained, eloquently emoting for a dramatic…if not outright humorous effect. “As you should already know, you wrinkled-up, old, bottom-dweller…we as citizens, we are all defenders of the Constitution. However, if you’ve got competent legal representation, you might even be able to defend it and save your little white butt at the same time.” “You’ve got some anger issues,” Rudy surmised, accurately too. “Ya think?” 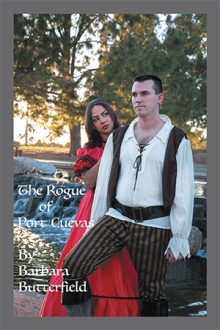 In Pursuit of Love
Barbara Butterfield
$24.99 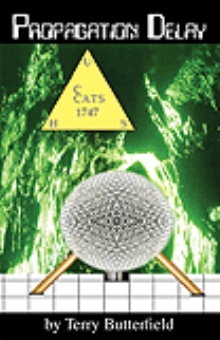 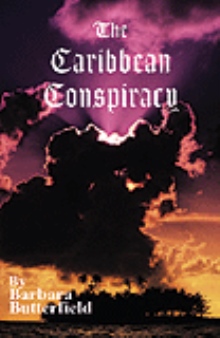 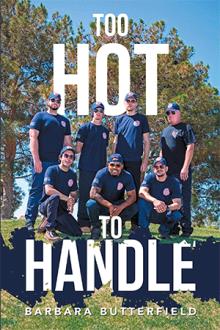 Too Hot to Handle
Barbara Butterfield
$19.99 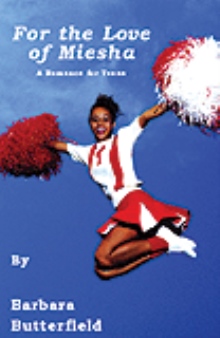 For the Love of Miesha
Barbara Butterfield
$22.99 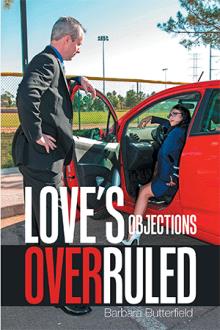 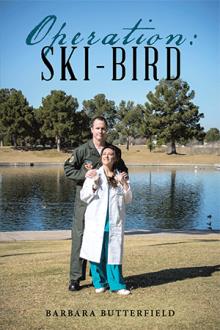 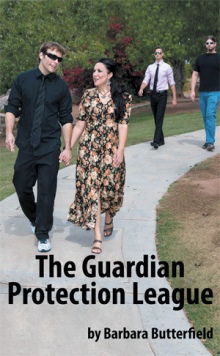 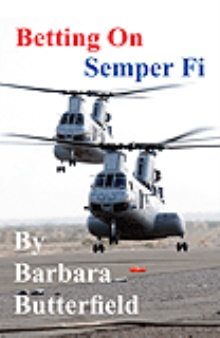 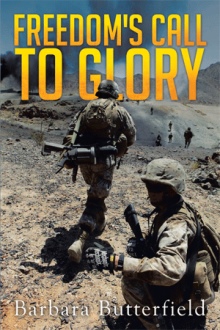 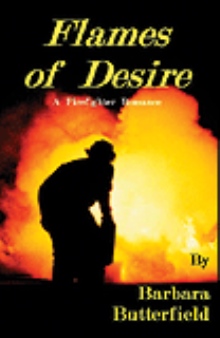 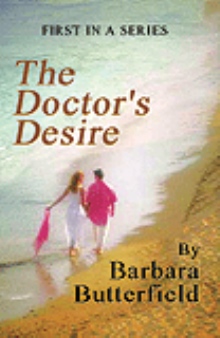 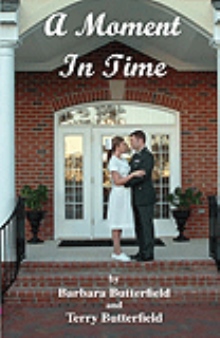 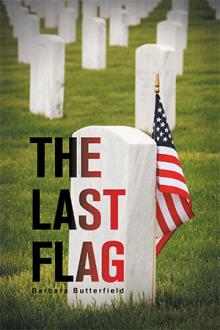 Federal Piracy Interdiction Capt. John Peterson once again teams-up agents: Alex Bach and Zach Szarbino to infiltrate a piracy ring in the Bahama’s. Though it’s 2021, the marauders are staged as pirates of the 1800’s. Bach & Szarbino, who are more like oil and water together, are true to form in pursuing justice. Problems arise when the lawmen decide they may enjoy the pirate lifestyle. Tables are turned when Bach and Szarbino are no longer the hunters, but the hunted. But, while they’re running for their lives are they also, in their own way…running from God? Only time will tell.

Ms. Butterfield is California born and raised, and currently resides in a suburb of Phoenix, Arizona…where she lives with her favorite feline friend: Baybee. Integrity, suspense, playfulness, personal growth and a bit of romance are values that play a vital role in her novels. More importantly, the gospel and spiritual growth are also an aspect of life into which she delves. Ms. Butterfield has written for many years, her first novel having been penned at the age of fourteen. She also studied writing and journalism, becoming the Editor-In-Chief of the school’s newspaper. She is currently working on her 65th novel.