Cultural Gumbo, Our Roots, Our Stories 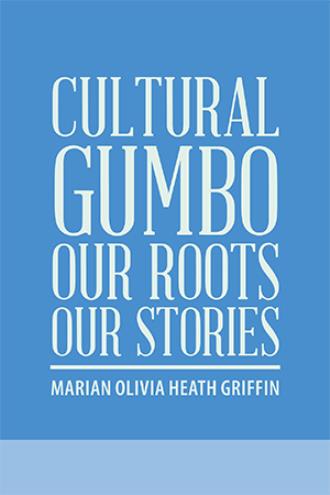 There is no subject in the world more stereotypical than slavery of African Americans. This book is about four families: my mother and father’s families and my husband’s mother and father’s families, dating back to the era before slaves were brought out of Africa. Historically, our families evolved on a continuous basis and have proven to have been strong, resilient people, whose hopes and dreams were not easily squelched. We have researched the backgrounds of these relatives who were a part of the Atlantic slave trade because I want my children and grandchildren as well as the world to know who their ancestors were. I want them to know under what circumstances they came to America and finally became citizens with voting rights, educational and financial privileges, marital rights, and freedom. I want to clear up the misrepresentation and confusion of facts about slavery and the black man’s worth. Slaves over the last two thousand years have become a misnomer to our young people’s minds, and there is little knowledge of this period. Many civilizations and nations have been involved in slavery during the course of history. Contemporary records and archival documents were sought in an effort to reach greater heights of authenticity, enhance ancestral reality, and relate the facts to younger generations.

Marian Heath Griffin lives in Baton Rouge, Louisiana and served as a Licensed Professional Counselor and Student Personnel Administrator at Southern University-Baton Rouge for thirty-six years, the last seven years as Director/coordinator for International Students Services. Marian graduated from Delaware State University with a Bachelor of Arts Degree in Sociology and Psychology, attended Atlanta University for a year and a half in the School of Social Work, attended the Interdenominational Theological Seminary in Christian Education, and New Orleans Baptist Theological Seminary where she completed a Masters Degree in Psychological Counseling. She received a Masters Degree from Southern University in Educational Supervision and Mass Communication moving on to further studies at Louisiana State University and Northwestern University in Evanston, Illinois all on scholarships. Marian has worked with children, youth and young adults most of her career. She has served as musician for Cherubim Choirs since she was twelve years old and has organized children’s choirs for several churches. She has enjoyed traveling over all fifty of the United States, six of the seven continents with her husband, Bertrand Griffin, Sr, children and grandchildren, her sister and brother –in law, Nancy and Albert Kellam. She and her husband are fortunate enough to have three adult children, Bertrand, II, Karen and Michael. Three in-law children, Lotosha, Keith Phenix and Tracie. Her eight beautiful grandchildren, Nia, Kiana, Christian-Paris, Michael, II, Amelia Grai, Victoria Olivia and Sophia are the love and joy of her life.